God gave you a gift of 86,400 seconds today & I’m thankful that your choosing to use some of them to read my blog!

Chris Brown’s watch not hitting a female when it fell off during his MTV Awards performance.

The Kardashians finally realizing their empire might be in demise; I think. Also keeping in mind that their family member with the most integrity helped defend OJ Simpson at his murder trial.

Bruno Mars offering to catch grenades. You never know when that might become handy…

Hef’s Runaway Bride – Crystal showed us that not every blonde Hef dates is stupid.

Twilight is almost over… Harry Potter is.

The Royal Wedding – the real one, not Kim Kardashian’s “72 day date.”

Chris Bosh can go back to Jurassic Park & Marcus Camby won’t have to move cities this year.

No basketball? No problem. It will give me more time to think up insults for Lebron James

Kris Humphries – only man on the planet who could force Kim Kardashian into hiding.

The phrase “Bye, Bye Oprah!” Also spoken by every other talk show still on the air.

Casey Anthony’s trial. She may have been acquitted of murder, but I look forward to fifteen years from now when she robs some sports memorabilia from a Vegas hotel.

‘Gratitude unlocks the fullness of life. It turns what we have into enough, and more. It turns denial into acceptance, chaos to order, confusion to clarity. It can turn a meal into a feast, a house into a home, a stranger into a friend. Gratitude makes sense of our past, brings peace for today, and creates a vision for tomorrow.’ – Melody Beattie 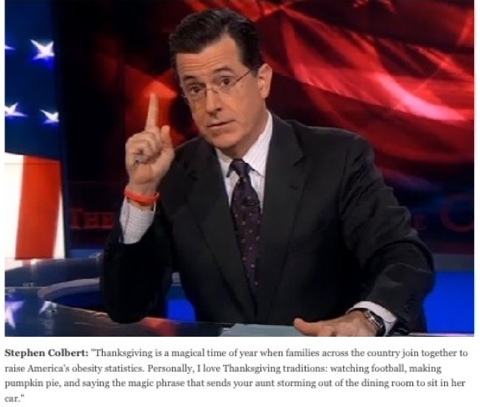